TPLF is forcing Oromo civil servants to become member of the Oromo Peoples’ Democratic Organization (OPDO). The Oromo civil servants are now facing a choice between becoming member of the organization they hate to be associated with, and immerse their hands into the dirty work of OPDO, which is arresting, torturing, and killing innocent Oromo’s, or lose their jobs. Living under difficult economic situation, job loss is a very serious matter which is considered a suicide in the Empire, and, therefore, the Oromo civil servants will have to think twice before saying “no” to the warning of the Wayyaanee authorities and endangering their life and their families.

Contrary to its “democratic” naming, the so called OPDO is an undemocratic “organization” created by the Tigrai Peoples’ Liberation Front (TPLF), from the war prisoners of the former military junta, Mengistu Haile Mariam in the jungles of Tigrai. It is a pseudo organization completely controlled by ruling party, the TPLF. The TPLF regime uses this organization to arrest, harass, torture, and kill innocent Oromo’s who do not support their tyrannical rule. Moreover, the OPDO is used by the TPLF leaders as a tool to abuse their political power and exploit the entire economy of Oromia for their personal account and build their home base of Tigrai regional state.

Over the years the TPLF regime has been abusing its political power to put every sector of the Oromo society under its control by denying them their natural right. For instance the TPLF regime is notoriously known for: 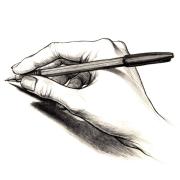