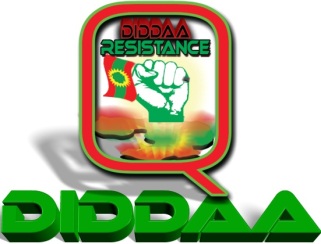 Oromo student protests continue to erupt in several towns in the Oromia Regional State of Ethiopia taking various forms in recent weeks. The new round of protests begun on February 22, 2015 when Oromo students and youth of Jimma town turned an Oromian championship sports event which was taking place in the city into a protest against the so called “Addis Ababa Master Plan” and against the recent inflammatory speech of Abay Tsehaye, one of the TPLF strongmen. The students chanted slogans such as “Finfinne is ours! Adama is ours! Jimma is ours!” and more, a reminiscent of the bloody April/May 2014 widespread protest, in which more or less the same slogans have been chanted throughout Oromia. The Oromo youth were also singing revolutionary songs in the whole stadium. The protests continued beyond control in Jimma Stadium and on the streets of the city on a daily basis until the sport championship was to come to a close on Sunday, March 1.

On March 1, 2015, the Oromo student protest escalated to a higher level when two high level delegates of the Ethiopian government, the so called President of Oromia Muktar Kedir and President of Amhara region Demeke Mekonnen appeared in the stadium for the closing ceremony and also in an attempt to address and pacify the protesting youth. As the whole stadium erupted with shouting voices, slogans and revolutionary songs of the students, Muktar Kedir was unable speak at all and he and all the “guests”, including the honorable guest Demeke Mekonnen, were forced to leave the stadium in humiliation and eventually reported to have left the city the same day.

On the evening of March 1, 2015, the same day students of Jimma university protested, a meeting organized in Wollega University by the government delegate and messenger Dr. Getachew Begashaw through the university administration intended to inculcate the students with the evil policies of the government and to pacify the Oromo students from protesting was foiled by the Oromo students and the meeting was dismissed. It was as soon as the meeting begun that Oromo students started shouting, singing revolutionary songs and chanting slogans such as “the [Addis Ababa] Master Plan will never be realized! OLF is the hope of Oromo people! International community should realize the genocide committed against us!” and more. Dr. Begashaw and other “guests” were forced to stop their lecture and leave the university while the students continued chanting slogans and singing in the whole university campus throughout that night. Although the students were protesting peacefully, hours later, a large number of police force entered the university campus and started beating the students and arrested many of them including a 3rd year electrical engineering student Kuma Gammachu. The where about of the arrested students is still unknown.

2 thoughts on “New Student Protests Erupt Across Oromia: An Oromo Pastor under Attack – Accused of Praying for the Downfall of the Government”